For those not intimate with the IPO, WAR, which commences trading on the ASX on 25 June 2021, will commence with a initial portfolio that includes the likes of TGG, AUI, PAI, LSF, VG1 and now MHH.

In what was its first transaction, WAR acquired a stake in MHH during the second week of June. RRM would describe the buying in MHH as purely a market opportunistic and passive discount capture move given the team at WAR could not conceivably provide anything constructive to Magellan (positive comment regarding both Wilsons and Magellan).

What the buying in MHH highlights to RRM is the spectrum of strategies WAR will employ to crystallise discount capture plays. These will range from purely passive in well managed LICs/LITs (‘well managed’ in the sense of marketing, communications, dividends, accountability to share holders, solid investment teams) to actively seeking to implement some or all of the above ‘well managed’ attributes in less well managed LICs/LITs.

This latter strategy is an activist approach to discount capture. It starts with an approach to help (the ‘carrot’) but if changes are not forthcoming a pivot is required (the ‘stick’), potentially becoming confrontational.

A diversity of the two approaches has a number of benefits. Firstly, hard core activism often involves long and proacted campaigns that, if successful, deliver something of a J-curve and very idiosyncratic returns profile. By mixing these campaigns with passive and benign activist campaigns, the diversification has greater potential to smooth out any inherent J-curve effect.

However, hard core activist campaigns, while arguably inherently higher risk, are also likely to deliver greater alpha and true absolute returns. A decent percentage of these campaigns (as a percentage of the total portfolio) will also be required if WAR is to avoid what would become legitimate criticism that it is partly / materially a double layer of fees, largely passive fund-of-fund vehicle.

But then again, Geoff Wilson is not one to shy away from getting his hands dirty with respect to a IMA take-over or a roll-up. But now WAR has become a separate vehicle, any such campaigns will need to be highly polished in terms of convincing existing share holders why they should vote in the favour of WAR. 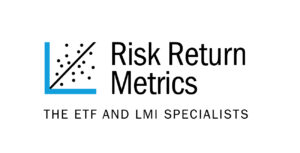 ASX: PIC – And the Inside on Bonus Options from the...